Work on the game is ongoing!  Since my last posts about evolving cities, I've done a lot of work improving the game - especially the evolving cities, clouds and overall performance.  I can now run the game in ultrawide resolution at 30fps on planet surfaces, which are the most costly scenes to render.   This is a major achievement for my game engine, and will unblock the development of many features to come. Improvements to Evolving Cities There are many improvements to the evolving cities simulation.   Road biomes (I haven't done road meshes yet) connect major installations, and residential / city zones are more likely to grow along these corridors.   New installations are built in proximity to the headquarters.   The roads are generated using an adaptation of the erosion code, in order to find the path-of-least-resistance. Cities evolve along road lines connecting major installations This city formed around a seam of crystals The Empire UI has been tweaked to show the main ca
1 comment
Read more

February 12, 2022
The Bright Future “So, ya really want to know what the future was like? Alright, I’ll tell ya. It was awesome. Spaceships everywhere. Antigravity? Solved. Lightspeed? Solved. Repression, Warfare, Greed, Corruption? Well, ... ya know there’s some things that humans didn’t learn neither.” 21st Century Gentech In the early 21st Century humans discovered how to modify their DNA. This revolutionary scientific advance brought with it the ability to cure hitherto unsurmountable genetic diseases. With great power comes great responsibility, and humanity does not have a great reputation when it comes to their power of responsibility. The concept of meddling with the very fabric of our species understandably caused widespread ethical concerns and so initially the practice of gene-modding was heavily regulated. Only a few well-known and most debilitating genetic diseases were given the green light for the procedure, and in the early days the technique met with great success and with little real c
Post a Comment
Read more 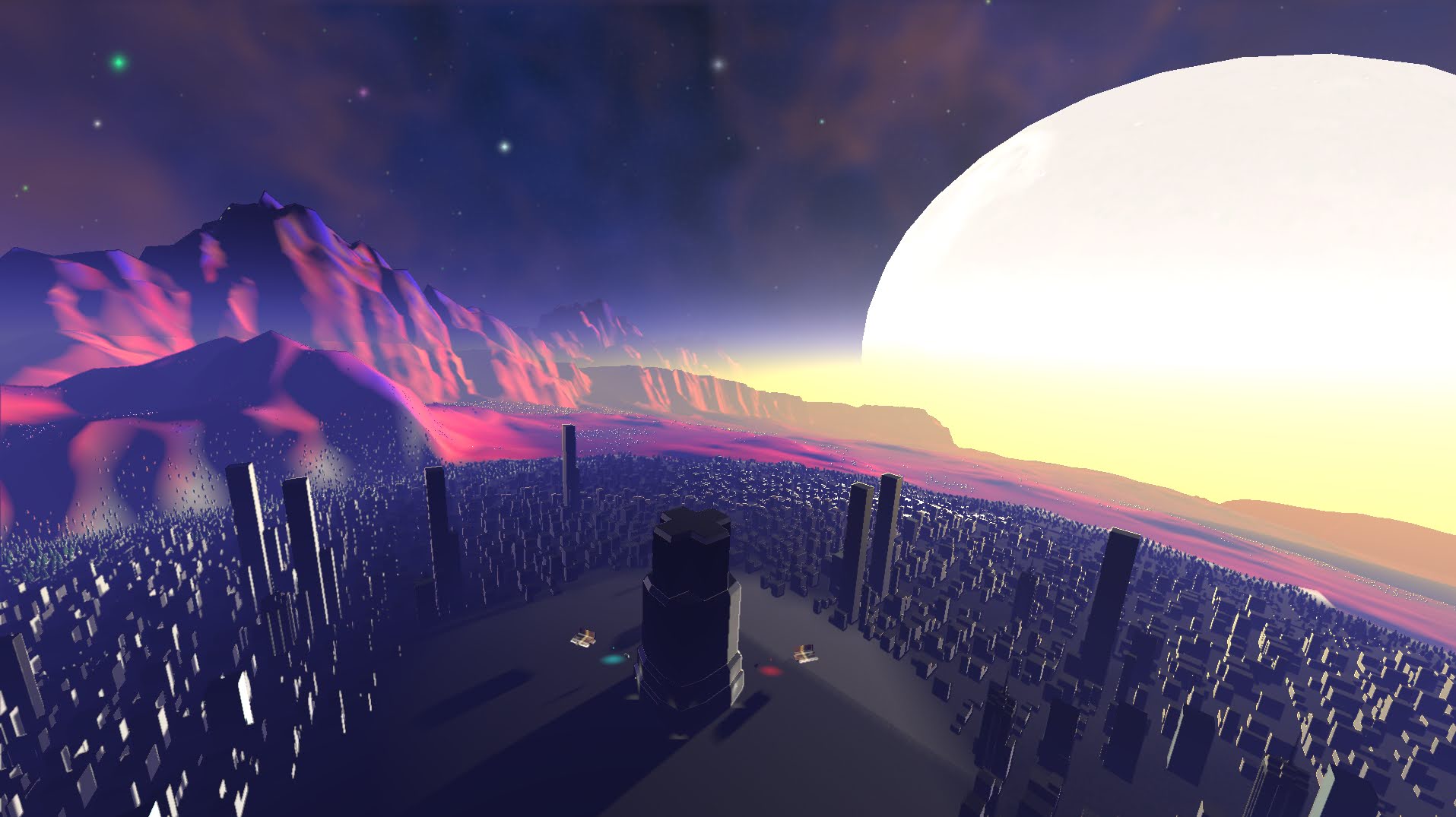 For now, I've finished my work on simulating the economies of planets.   Population and wealth grows and shrinks over time, players have the ability to influence their planets' growth via governmental policies.   Mines consume resources, factories produce goods from raw materials.   The overall desirability of the planet's economic indicators drives natural immigration to the planet or incites the population to vacate.  I can generate the economic indicators of any planet at any time. This is all fine and good on a spreadsheet  or in the game UI But do people want to play a spreadsheet or a video game? How will these changes manifest themselves on planets in the game, and not just as graphs and metrics in the UI?  Enter the concept of Evolving Cities. Evolving Cities The video below shows an evolving city in real-time in the game.  A Headquarters has been placed, it begins with 100 population and 1 million credits and becomes the hub of the planet's capital city.   I
Post a Comment
Read more 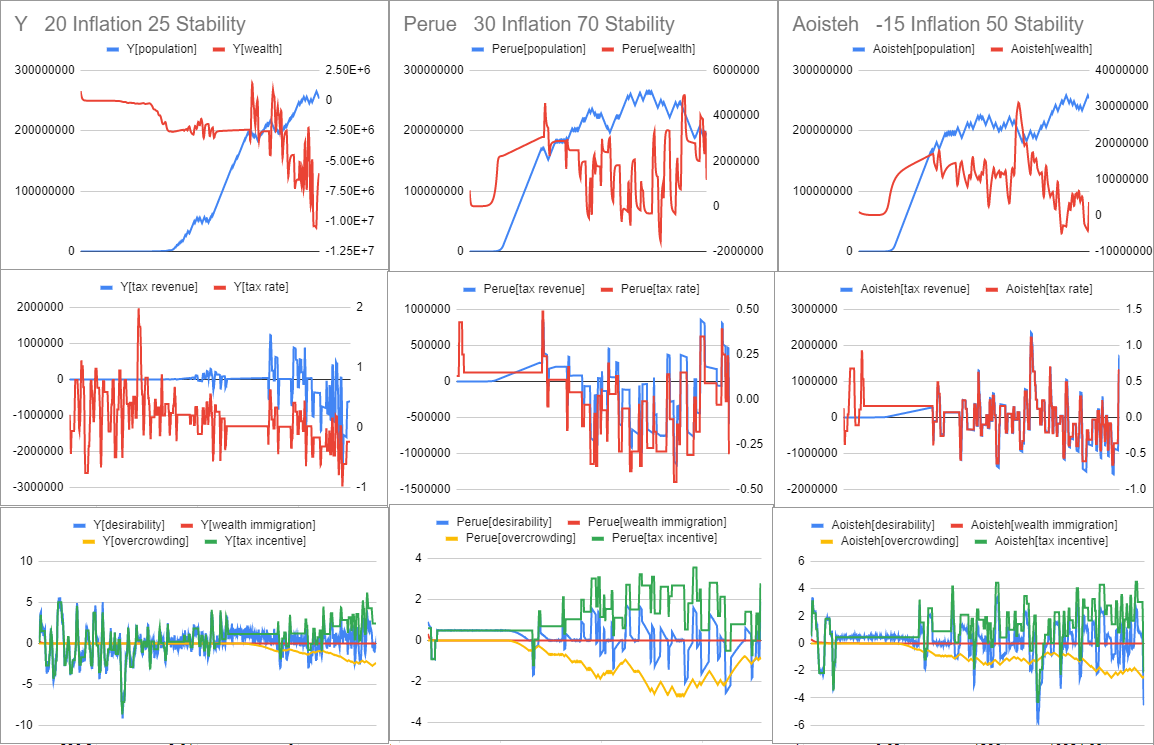 Simulating a Planet's Economy from Inception The prototype economic simulation was seeded with a 'pre-rolled' population and wealth, and aimed to create some kind of stable consistency up or down in growth, given a decent start.   Each planet began with generous conditions - say 3 billion population and 60 billion credits of wealth. The real aim for the game however is to simulate each planet's evolution from first inception, such as landing just 100 colonists and giving them a measly 1,000,000 credits to eventually (hopefully) build an entire civilisation from. Under the prototype code, most planets died out very quickly.   Tiny destabilising factors that reduced population would quickly reduce the population to 0 when only starting with 100.   The large costs associated with building and maintaining production infrastructure such as mines and refineries were overwhelming to begin with and easily overpowered small populations. To cope with this I've added populatio
Post a Comment
Read more 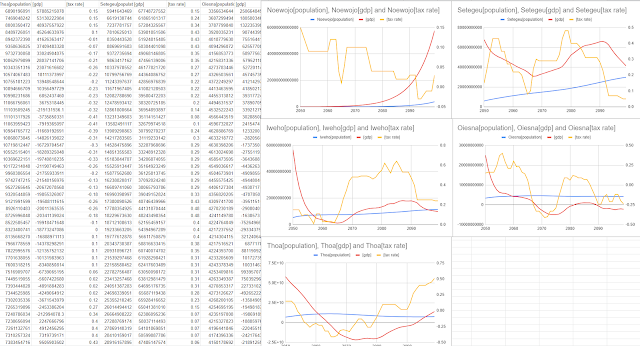 Planetary Economics This week I started writing the galactic economic simulation.  Each game year the universe evolves and each planet's economy grows or shrinks based on factors such as government type, stability, population size and natural resources.  Eventually you'll not just be limited to governing planets by controlling tax rates and setting government policy, but by waging intergalactic warfare you'll be able to influence the economy and populations of your enemies in more nefarious ways.  You'll be able to bomb their infrastructure and destroy large population centers such as cities.  You'll be able to pirate their freighters in order to interrupt supply chains.  But of course, if you don't defend you own empire with ground based lasers, missiles, air defences, space defence shields, orbital laser grids and battle fleets, enemy civilisations will be able to do exactly the same to you. For now however, let's just start with the basic economic simulat
Post a Comment
Read more

I play Pegwars far more often than I work on it.   To be honest, most of the time when I sit down after-hours to work on the game, I simply don't know where to start.  I have so many 'backlog items' and ideas and the scope of the game is so huge that it's often really hard to choose exactly what to do.  The "burden of choice" as they say. So more often than not I'll simply hop in a spaceship, fly to some random systems in the galaxy, snap some screenshots and try to get inspired to work on some new feature or polish an existing one.  Indeed I've spent so much time 'searching for inspiration' that my current screenshots folder, which goes back to June 2015, currently has 5623 screenshots totalling 63.9GB... Since the new cloud shader went in, I've come across some really moody-looking systems and planets.   Systems with a dark green sun where you can barely see.   Blue suns, Bright orange suns.  Thick rolling clouds that reach down to the gr
4 comments
Read more 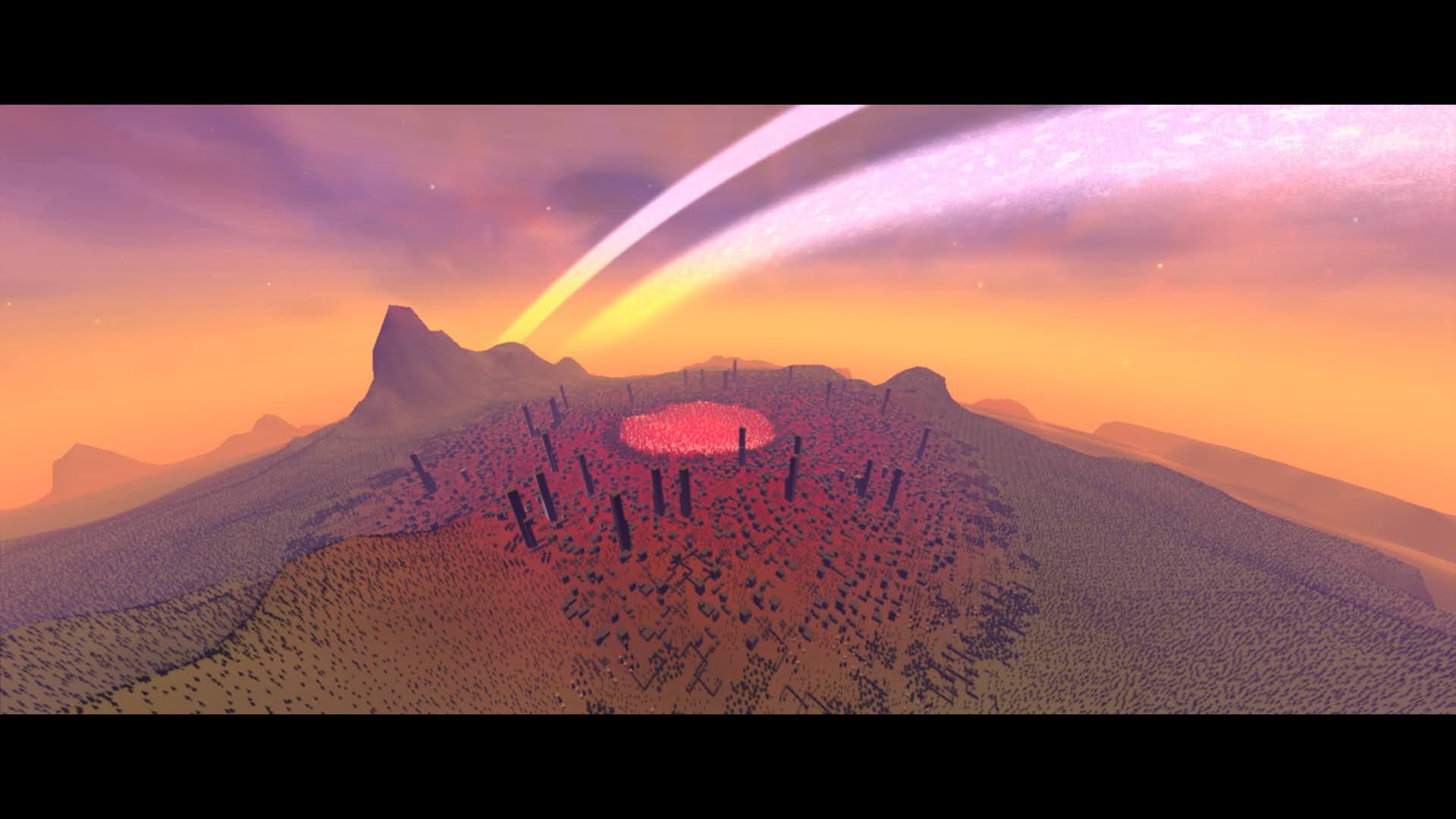 "Infamous for its abundant micro-climates and irradiated soil, Asta is a planet that is relatively  unimportant." A city on the planet is perched around a field of luminescent crystals, providing it not only abundant resources but untold wealth and unsurpassed natural beauty. Commander Kroton sets his ship down gently in a garden just outside the city outskirts. He rents a modest but sunny apartment on the outskirts of a city situated within the planet's pink desert sands.   For a while the easy life prevails, but the novelty of a relaxing life of luxury soon fades and sure enough Kroton again feels the need to get busy. Leaving Asta on an underground mission to deliver medical supplies, sure enough he comes up against hardened defences "somewhere above Thefrel."  Not a problem thinks Kroton as he easily dispatches the threat with his pair of brand new beam lasers. He lands at a moonbase and offloads the precious blackmarket medicine for a wonder
1 comment
Read more
More posts