I play Pegwars far more often than I work on it.   To be honest, most of the time when I sit down after-hours to work on the game, I simply don't know where to start.  I have so many 'backlog items' and ideas and the scope of the game is so huge that it's often really hard to choose exactly what to do.  The "burden of choice" as they say.

So more often than not I'll simply hop in a spaceship, fly to some random systems in the galaxy, snap some screenshots and try to get inspired to work on some new feature or polish an existing one.  Indeed I've spent so much time 'searching for inspiration' that my current screenshots folder, which goes back to June 2015, currently has 5623 screenshots totalling 63.9GB...

Since the new cloud shader went in, I've come across some really moody-looking systems and planets.   Systems with a dark green sun where you can barely see.   Blue suns, Bright orange suns.  Thick rolling clouds that reach down to the ground and only barely let in light.  Storm clouds that make the entire sky go inky black.  Luminescent sunrises and sunsets on planets right at the edge of the universe.

It's a wild and wet weekend here so it feels right to share a small collection of some of the more moody, misty and brooding places I've visited on my travels this year.  Enjoy! 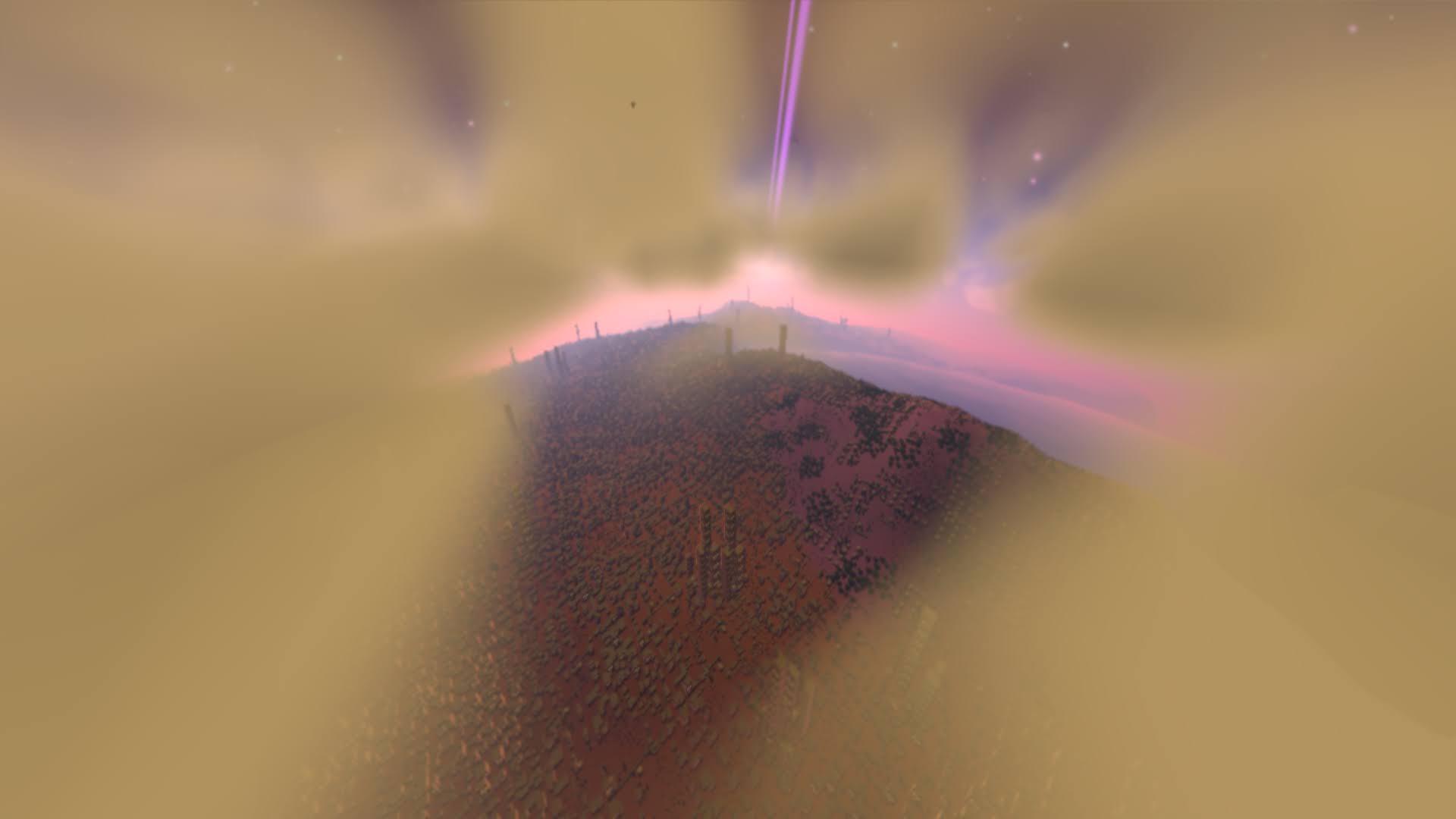 Peering through clouds at an alien city 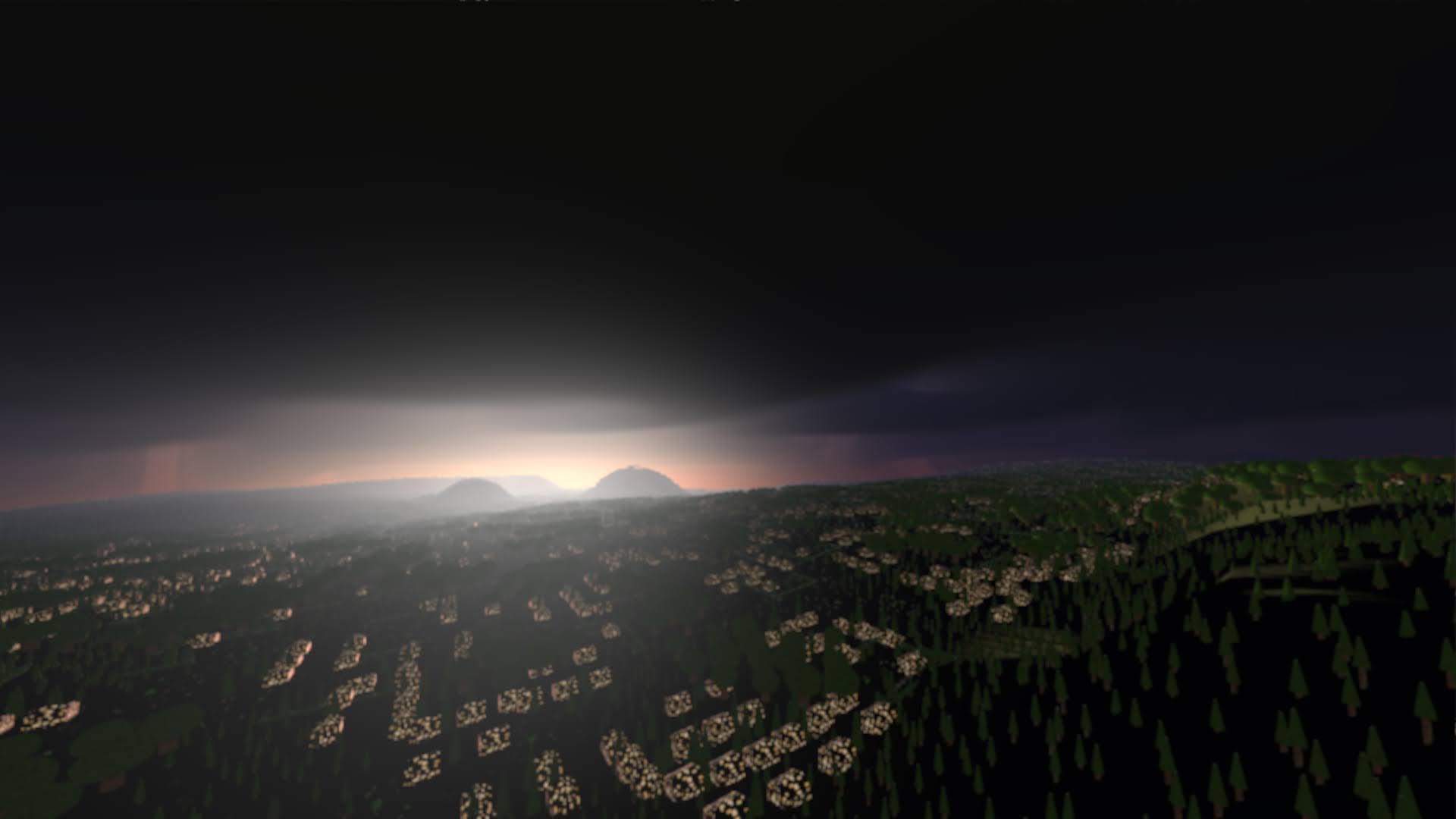 Crystal fields around an ancient crater shimmer at sunset 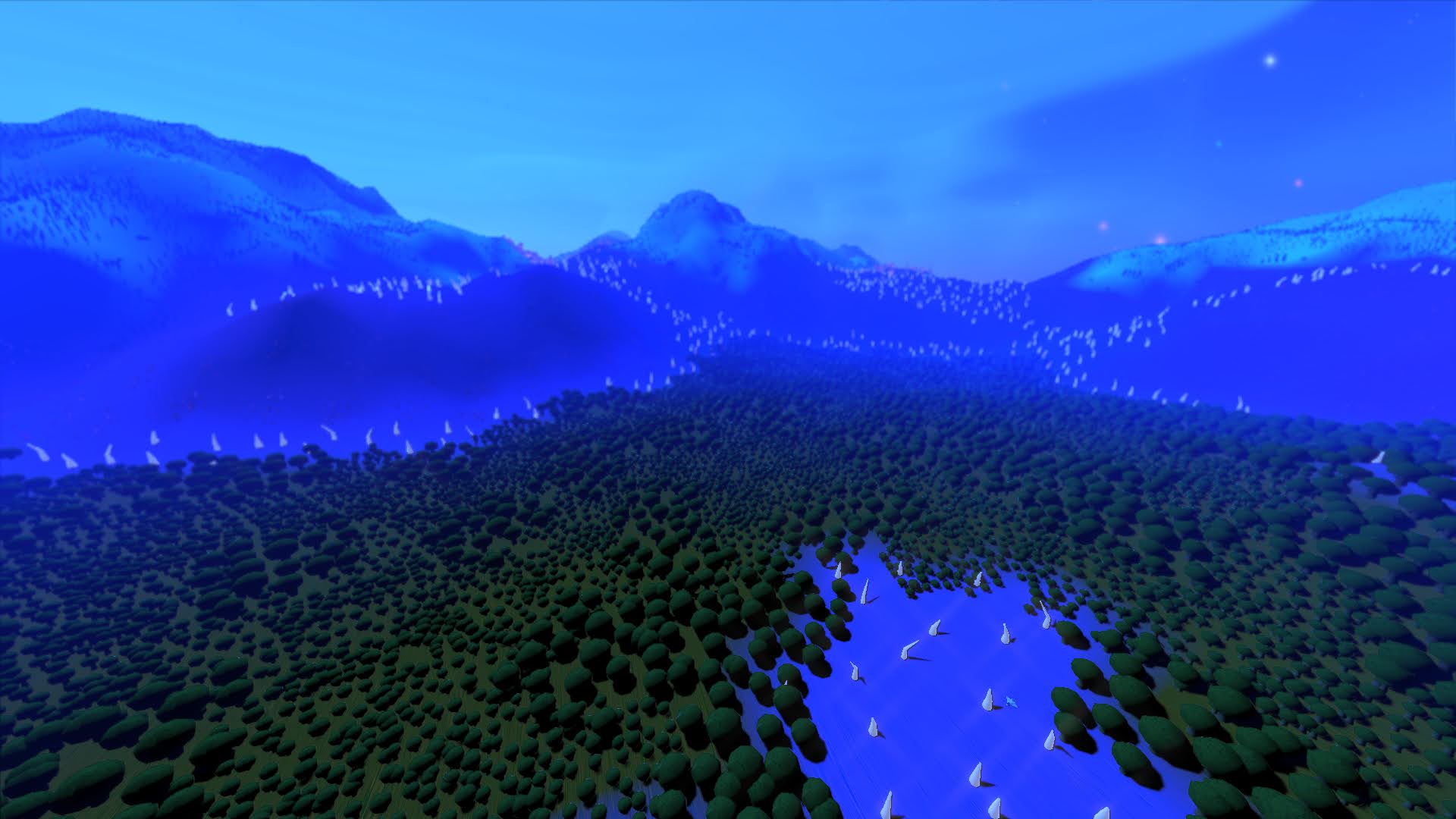 Forest and crystals under a vibrant blue sky 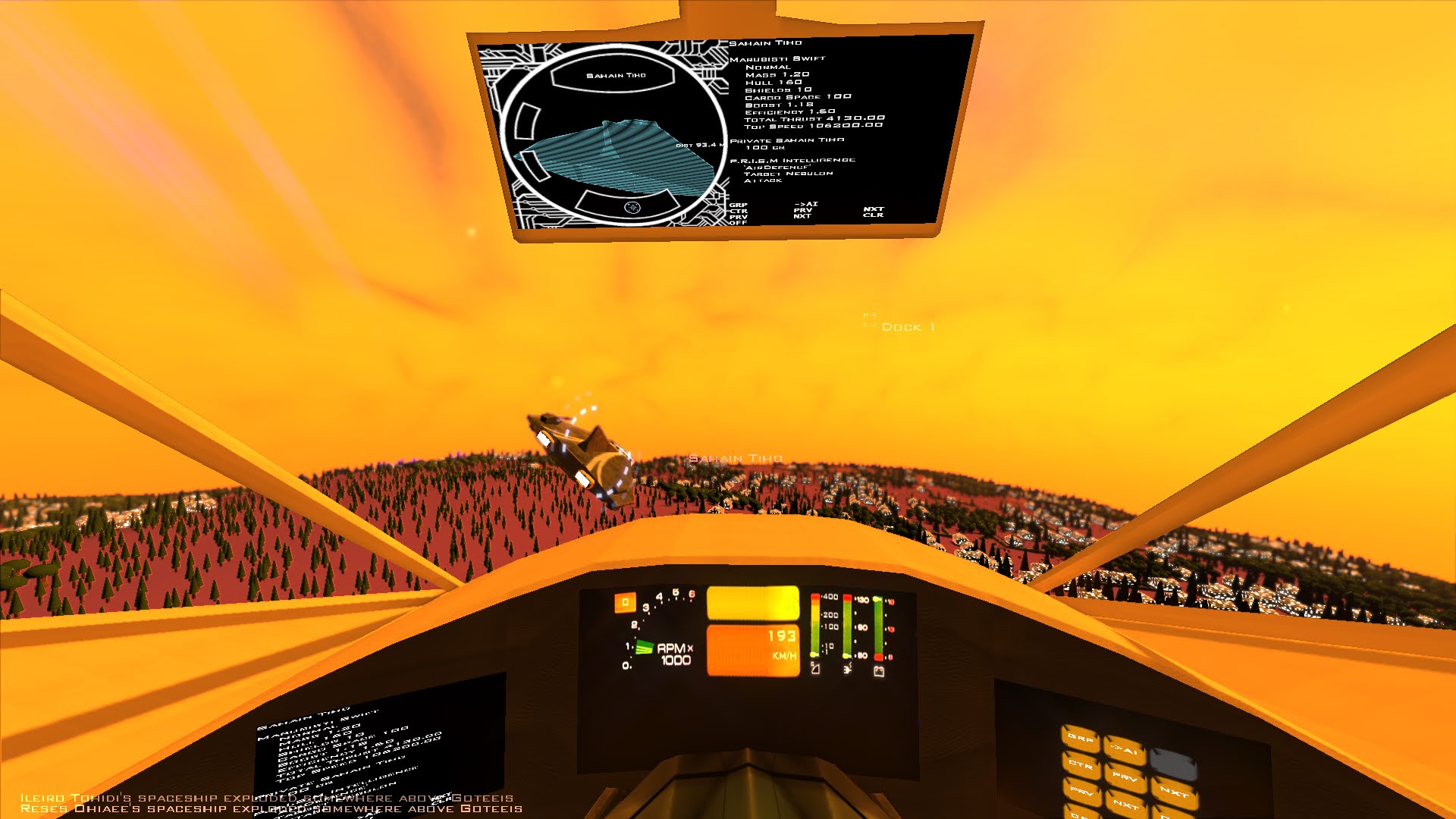 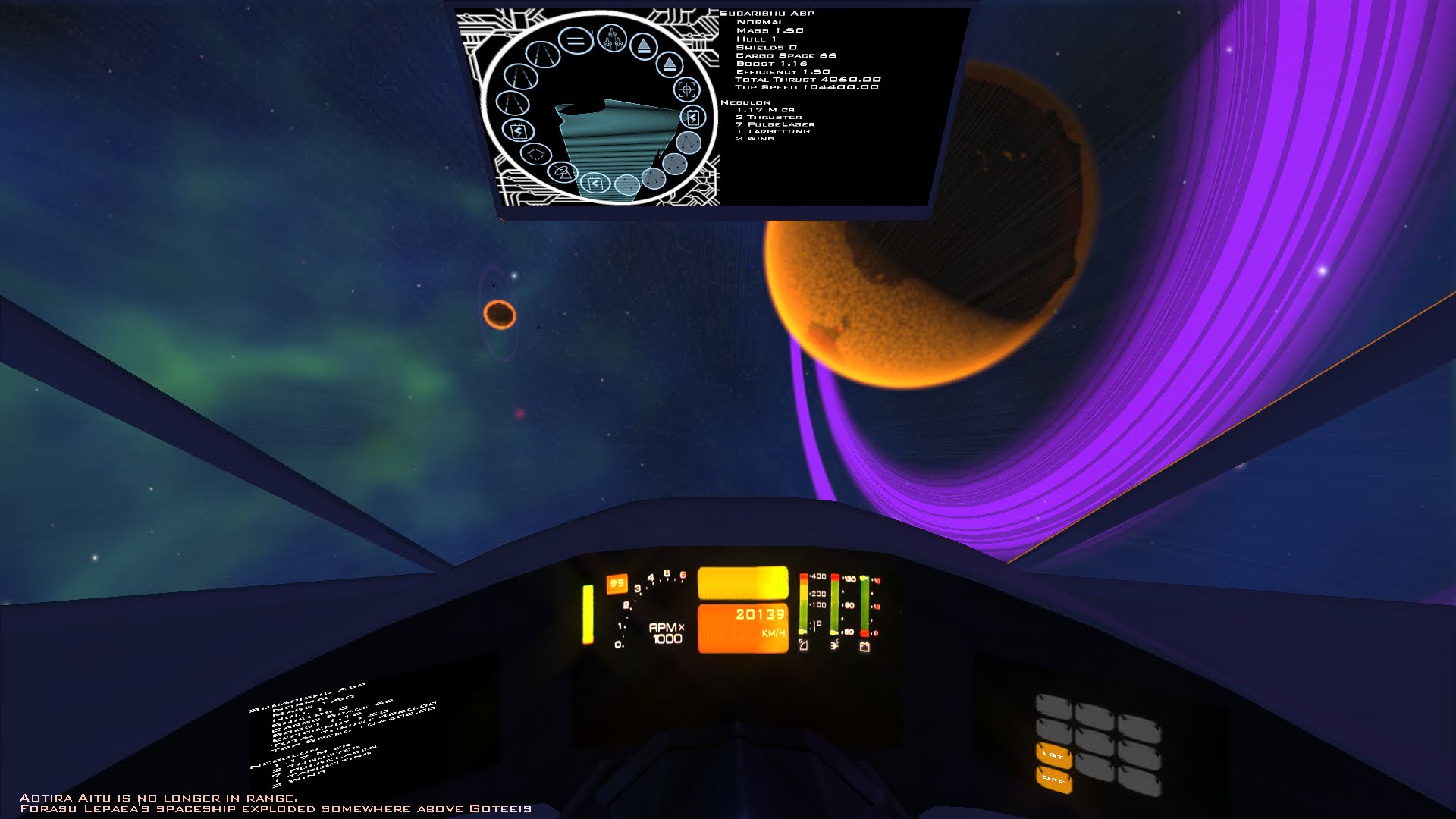 A deep orange sun deep within a murky green nebula 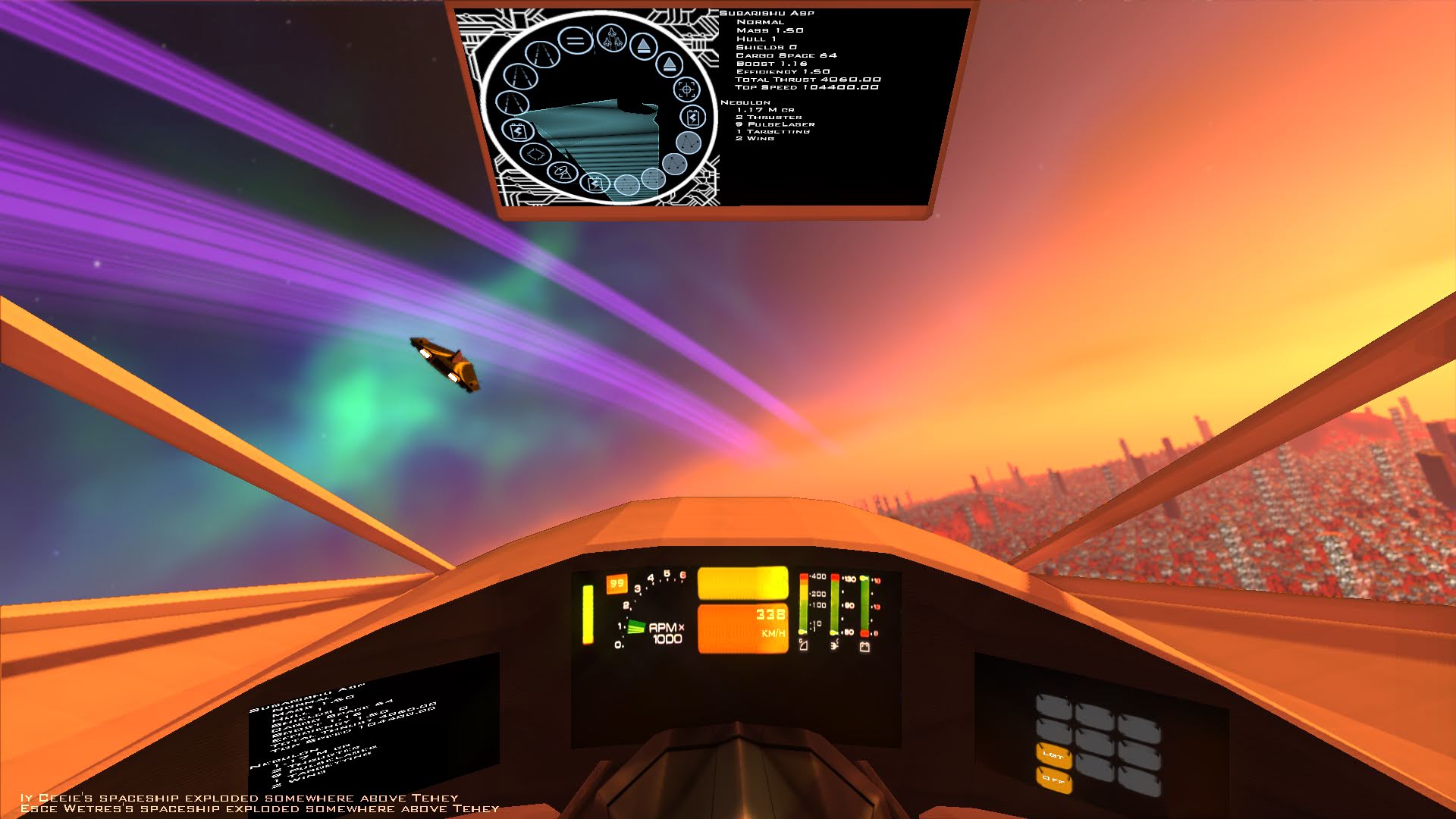 Joyriding into the sunset 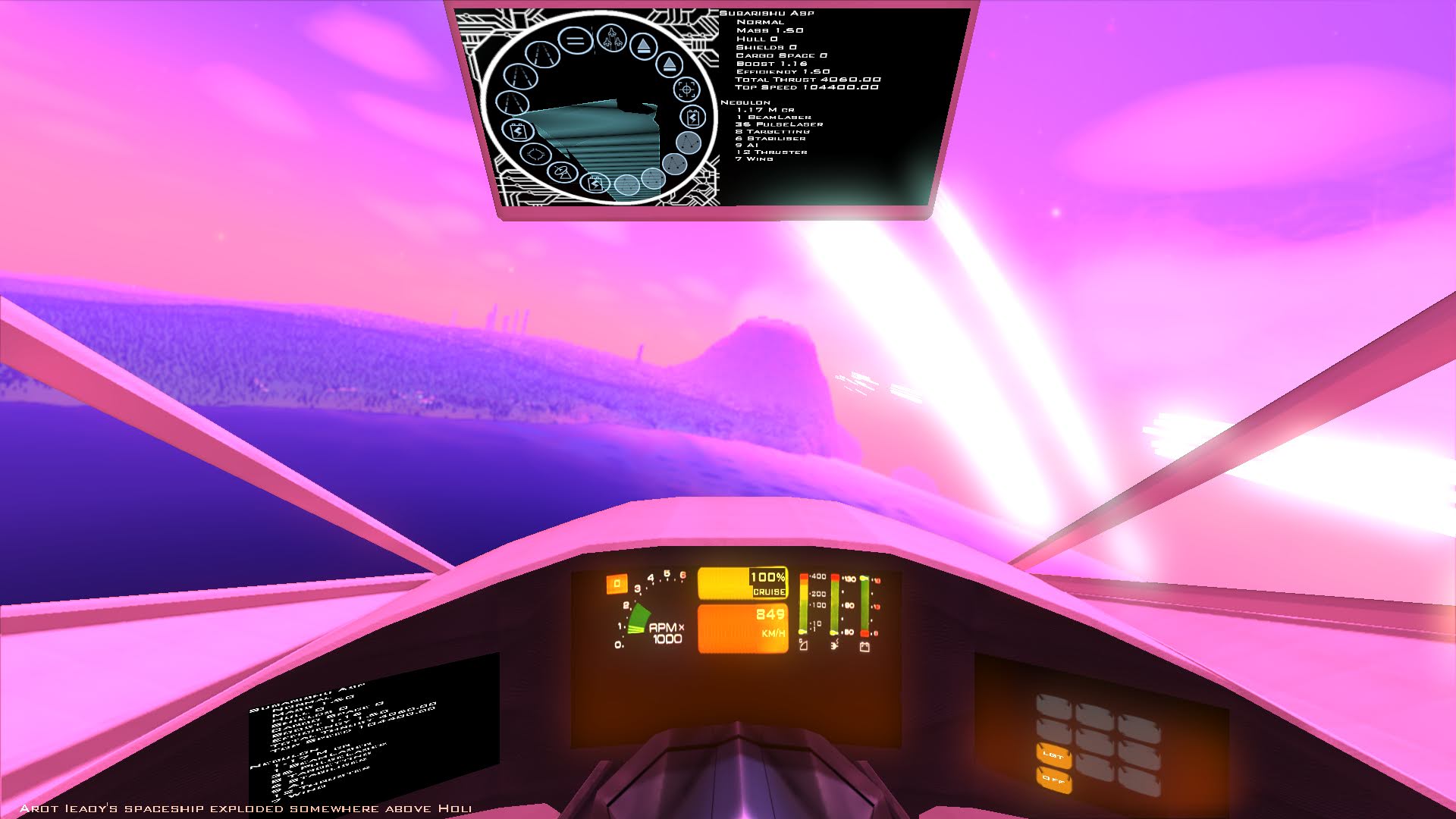 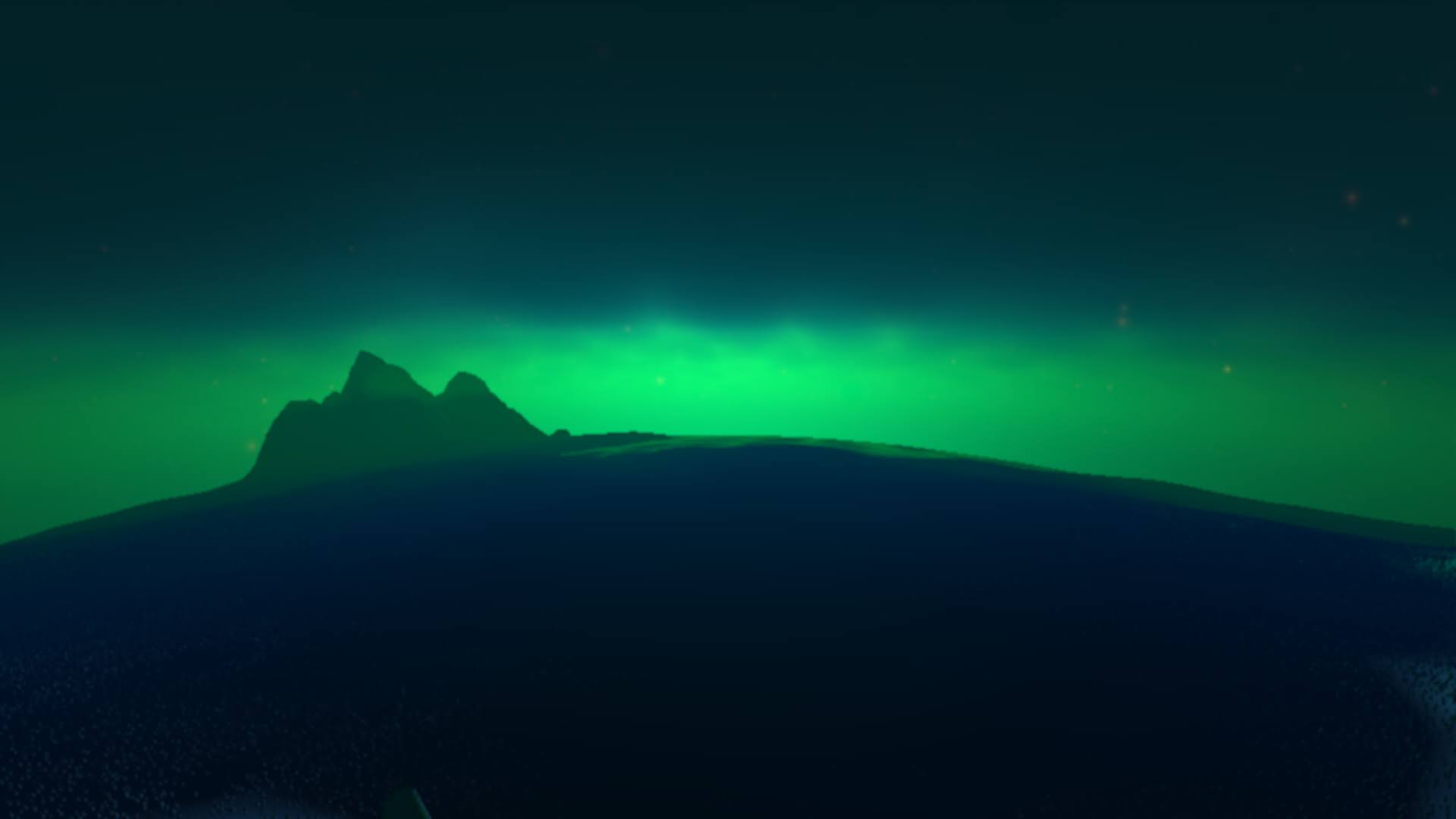 A deep green sunrise and thick clouds, I wonder what the day will bring? 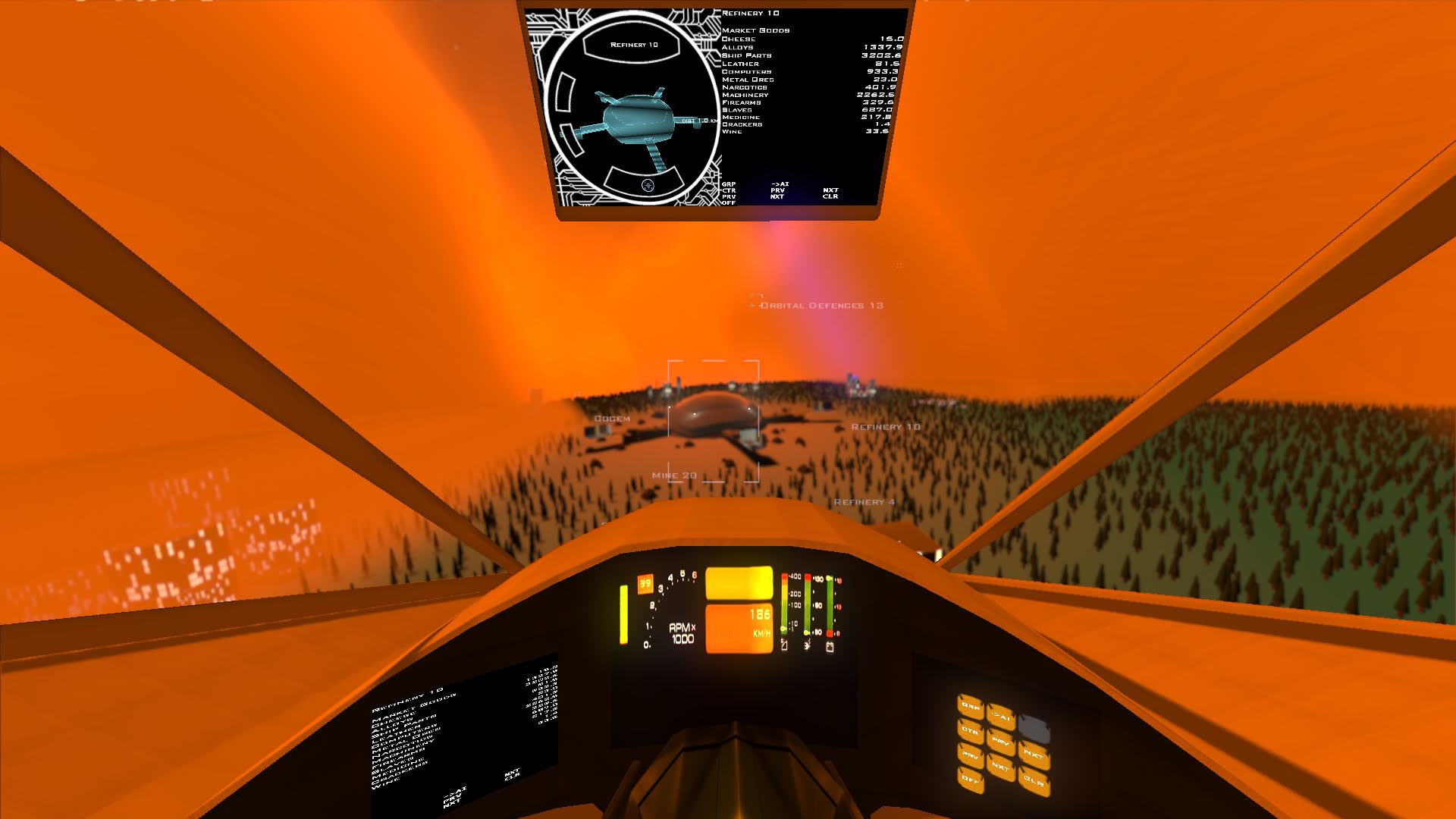 Dust storms roll over a refinery 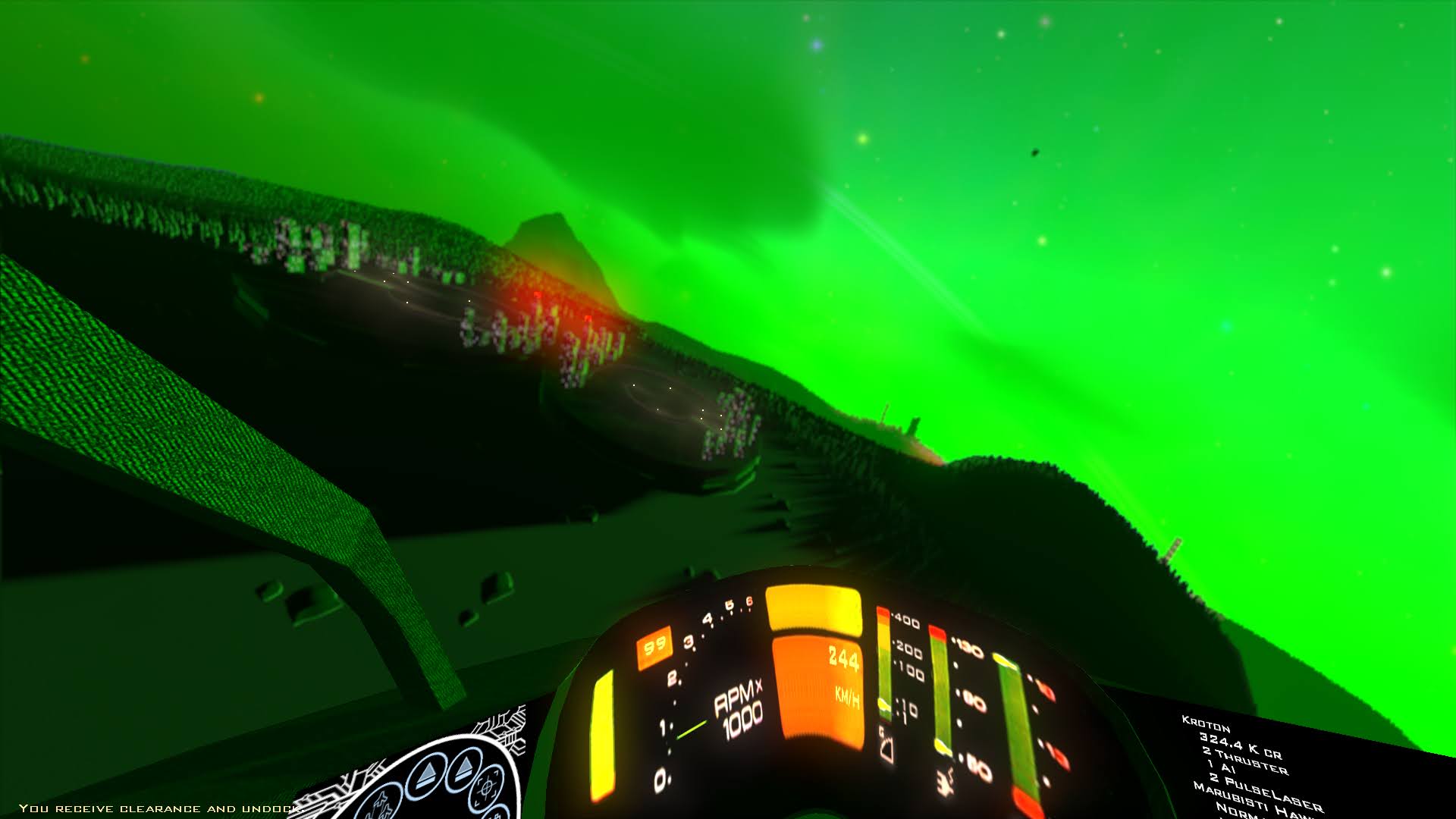 Landing on a space port under a bright green sky 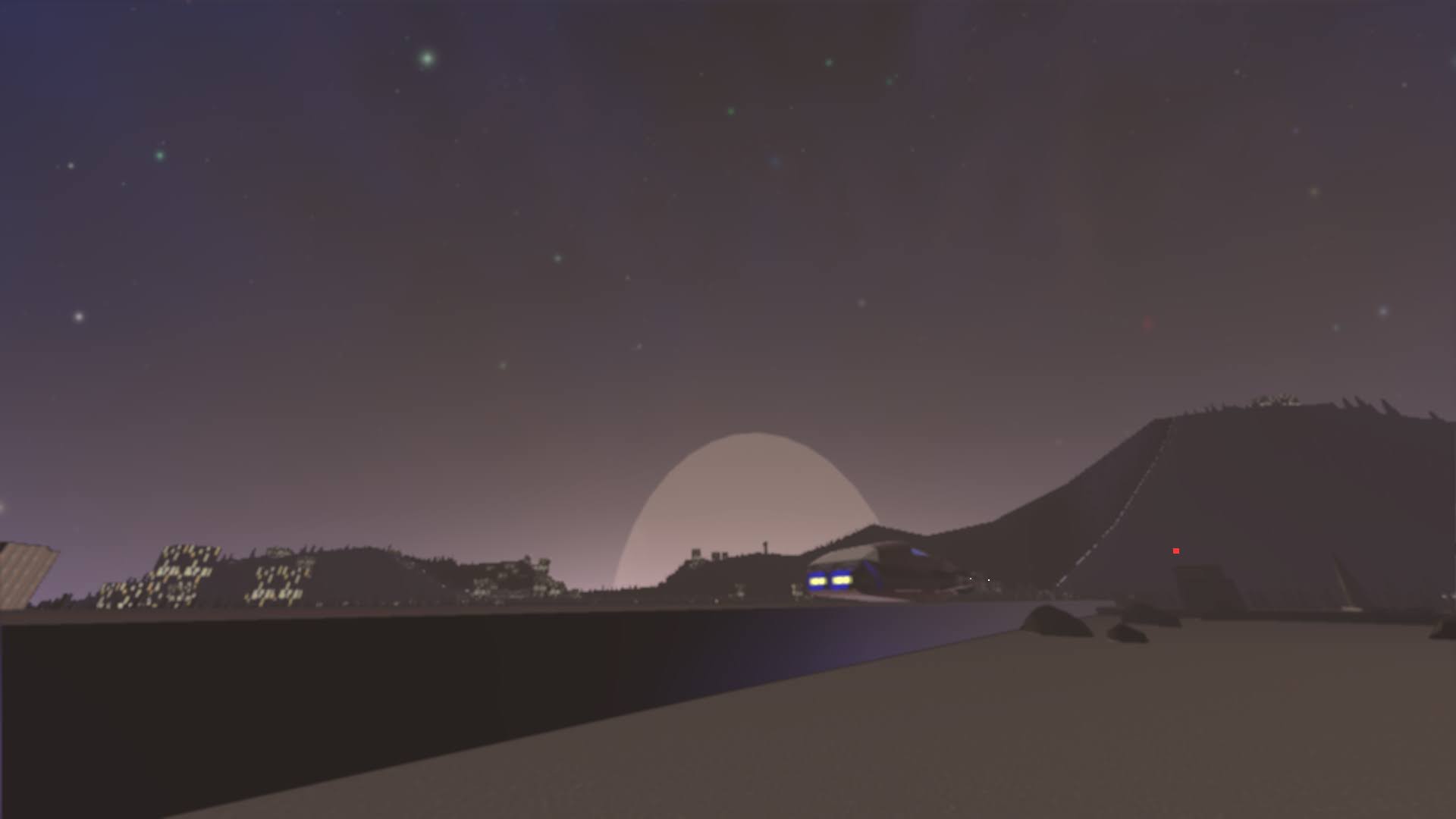 Ready to take off on a misty morning 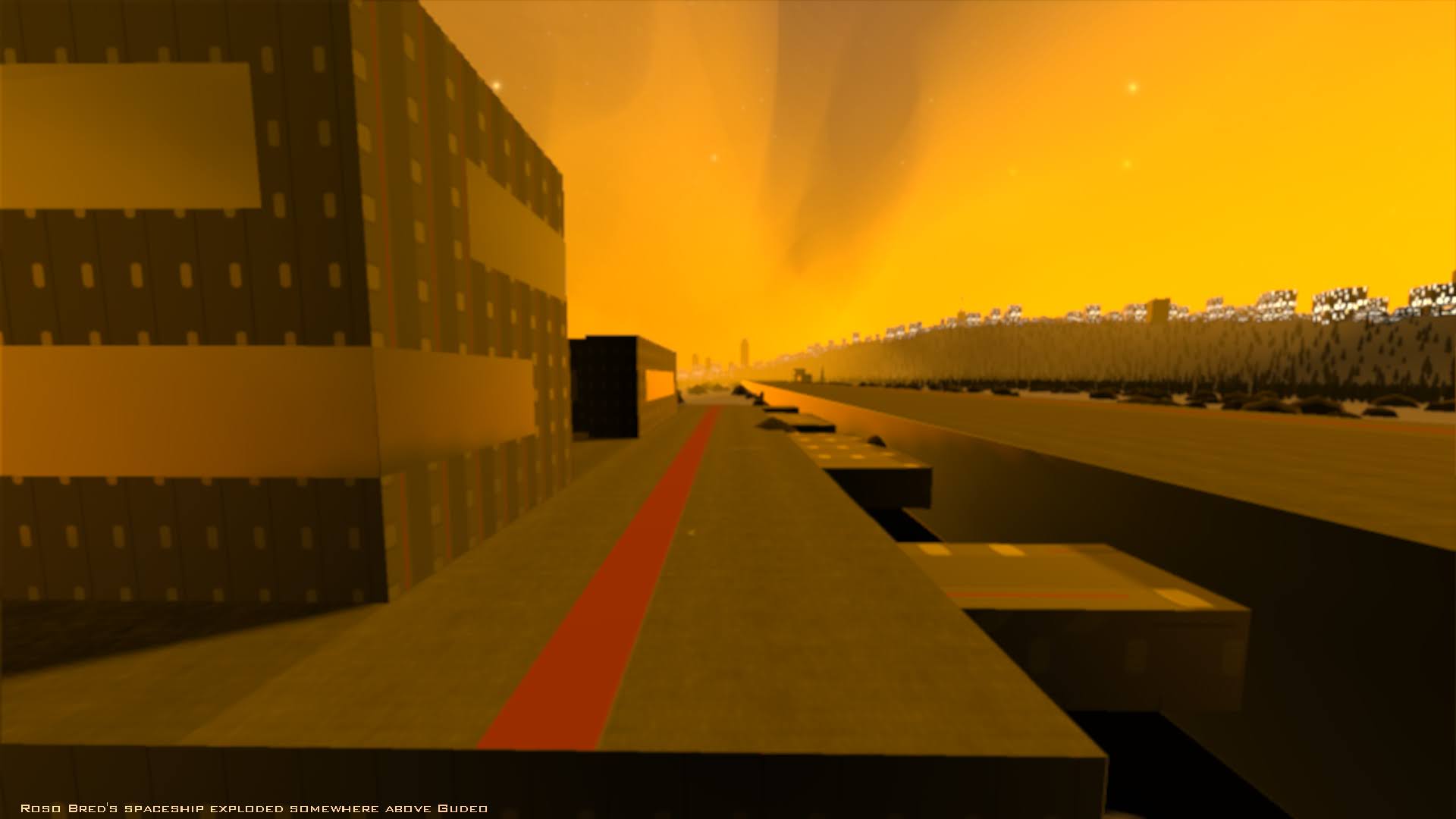 A bright orange fog descends over the runway

Boiling volcanoes shine out through the night sky

Landing at Airport 19 at dusk

Somewhat hard to see with this dark aquamarine sun